An Historical
Savannah Landmark
Since 1878

A Historical Savannah Landmark Since 1878

Bynes-Royall Funeral Home, Inc., formally Royall Undertaking Company, Inc. is the oldest black business in present day Savannah, GA (Hoskins 2002; Elmore, 2002; Chatham County, 1957), and the oldest continuous black funeral home in the State of Georgia (Taylor, 2002; Elmore, 2002; Savannah Tribune, 2011). Bynes-Royall Funeral Home, Inc. was originally owned and operated by Major William H. Royall, a prominent deacon at the historical First Bryan Baptist Church. Royall worked for a white owned funeral establishment in which during this period, Blacks could not be serviced. Royall established his coffin and cooling board company in the year of 1878 in response to the yellow fever epidemic of 1876 because blacks were dying in large numbers without a business in tact to dispose of the remains (Hoskins, 2002). 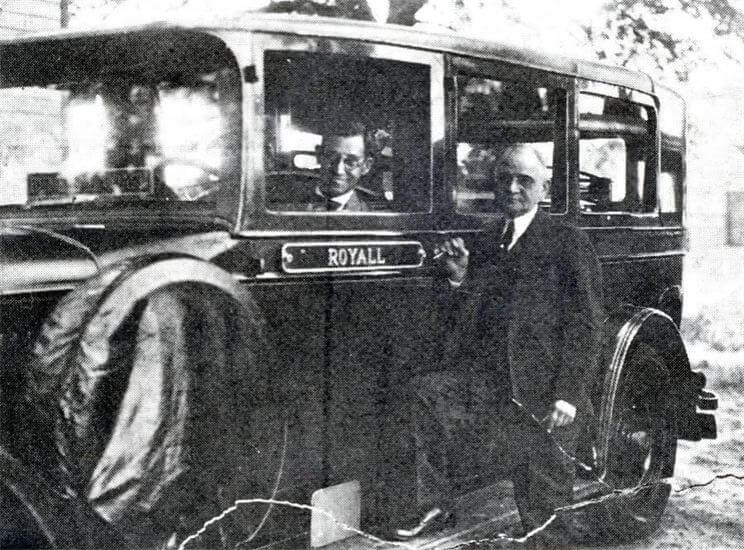 Major William Royall was born in Savannah, GA in 1847. He was the first Black man to own a mortuary in Savannah, GA (Hoskins, 2002). Royall conducted his business at 22 ½ Whitaker Street and was a company that sold coffins, caskets and cooling boards. The technique of vascular and arterial injection embalming was not yet being practiced, so the method of preserving deceased human remains consisted of placing the remains on a wooden board approximately 24 inches wide and 7 feet long. A three hundred pound block of ice was then placed into a tin receptacle and the board on which the body was placed was then put on top of the block of ice. A curtain was drawn around the board which extended to the floor. This setup was called a cooling board. 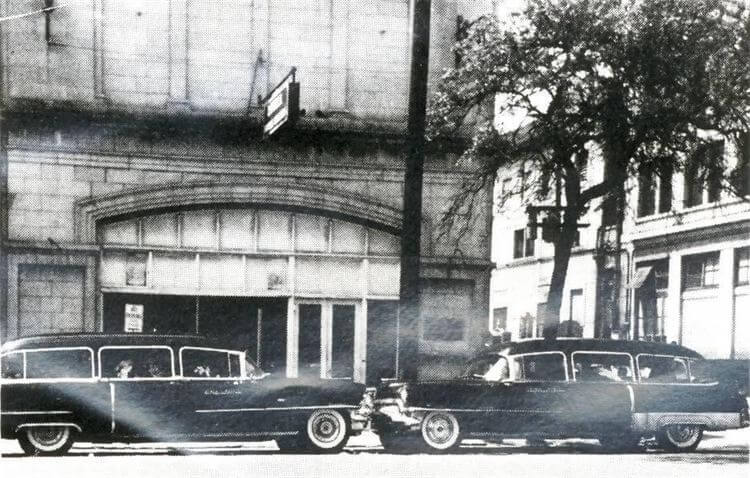 Major Royall operated as a master cooling board operator from 1878-1888 at the above mentioned location until he moved to 315 South Broad Street (now Oglethorpe Avenue). The water fountain in front of the Savannah Civic Center marks the spot where his business once operated. Major William Royall died in 1905 at the age of 58 years old (Hoskins, 2002). After the death of William H. Royall in 1905, his son, Charles H. Royall inherited the business. Lachland McIntosh Pollard bought Royall Undertakers from the Royall family. Pollard partnered with Walter S. Scott, the owner of Johnson and Fields Funeral Services (founded in 1900), and merged their two funeral services businesses. The Scott brothers purchased Royall Undertaking Company Inc. and in 1924 and relocated to 501 West Broad Street (which is present day Martin Luther King Blvd) in the old Globe Theater building. In 1955, Captain Frank H. Bynes purchased Royall Undertaking from the Scott’s. He remained in the Globe Theater Building until 1963 (Hoskins, 2002).

Captain Frank H. Bynes was born in Americus, GA, but moved to Savannah, GA at an early age. Bynes was a staff member of Coleman Mortuary in West Palm Beach, Florida and also Bethune Funeral Home, Daytona Beach, Florida (Hoskins, 2002). He apprenticed at Royall Mortuary Company until he entered Atlanta Mortuary College (Now Gupton-Jones) in 1939, where he graduated valedictorian of his class in 1940 (W.D., A.G.O Form 100). Captain Bynes passed the Georgia the State Board exam with distinction (The Conference of Embalmers Examining Boards of the United States).

In 1963, Captain Frank Bynes was forced to relocate stemming from a federally funded highway extension as a means of urban renewal project although the highway was never built on the former Bynes-Royall plot. In 1961, Captain Bynes purchased a mansion located at 204 West Hall Street, from Mrs. Ethel Hill (Bill of Sale). Due to litigations regarding Henderson Brothers Funeral Home and Bynes-Royall Mortuary, Captain Bynes was unable to take possession immediately. In 1963, Captain Bynes was able to finally relocate the funeral home to 204 W. Hall Street in Savannah’s historic district (Taylor, 2002).

The business flourished with the assistance of some of the family members. Raleigh Bynes, son of Captain and Mrs. Bynes, completed his technical training at Gupton-Jones Mortuary School in 1975 and after a 24 month apprenticeship he received a funeral directors and embalmers license from the State of Georgia. Raleigh served as manager under his father. Olga (Bynes) Bland, the oldest daughter of the Bynes’ also served as the office manager while attending college. Lisa (Bynes) Reid, youngest daughter of the Bynes’, was the receptionist from 1969-1972.

After the death of Captain Frank Bynes in 2002, Mrs. Frenchye M. Bynes assumed the role of President and CEO with Raleigh remaining as manager. Tara Bynes, daughter of Raleigh Bynes, completed her technical training in 1999. She also completed a 24 month apprenticeship in 2001. Olga (Musgrow) Williams, daughter of Olga (Bynes) Bland serves as the bookkeeper for the business.

After the passing of Raleigh Bynes in 2009, the Bynes’ daughter Frenchye (Bynes) Jones assumed the role of office manager and funeral services apprentice. Edward Musgrow, who is the youngest son of Olga (Bynes) Bland, completed his technical training at Ogeechee Technical College in 2009. After an 18 month apprenticeship he received his funeral directors and embalmers license from the State of Georgia in 2011. Edward is currently the Funeral Director and Embalmer for the business (Savannah Tribune, April 2011) after the death of Mrs. Frenchye M. Bynes in May 2012.

We Are Dedicated to Making Your Last Moments Memorable